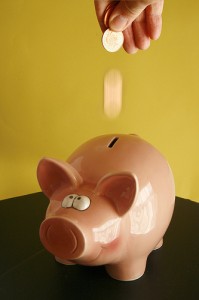 You have probably created a budget at least once in your lifetime. And you will probably say that it didn’t work. Do you know why it didn’t work? Most likely because it was a list of how you wanted things to be instead of the realistic picture of how things were.

First step is to track your expenses for at least a month by writing down your transactions and assigning them into different categories. You can also pull bank statements for the last two or three months to calculate the average spending in each category. This will allow you to create a more realistic budget.

Analyze your spending. You can see where the money is going and where you are overspending. You can reduce some expenses, but don’t be too conservative. If you drastically cut something—such as entertainment expenses—your budget will fail. Here is a secret: try to reduce the expenses gradually. If you buy a cup of coffee every morning before work, try to do it twice or three times a week instead of five.

Financial gurus usually say that 35 to 40 percent of your earnings are spent on your housing and the related expenses, such as utilities and home improvements. In reality, it’s more likely to be close to 50 percent for many consumers. You can set this money aside in a separate savings account.

About 10 percent should be deposited into a savings account for emergencies unless you have debts. In this case, put about 5 percent into savings and use the other 5 percent to pay off debts. It is important to have an emergency fund in case your vehicle breaks down and need some costly repairs or you need to replace home appliances.

Spread the remaining income among other categories. Be realistic when calculating the amounts. Another secret is to keep an allowance for yourself for miscellaneous spending. It doesn’t have to be a large amount, just enough to reward yourself once a week or so.

The budget is not set in stone and can be adjusted at any time. Review your budget every month for first three or four months and change the allocations to fit your needs. For example, during the holiday season, you may need a little extra money to spend on presents for your family and friends. You do so by cutting spending in certain categories, such as dining out or entertainment. This is another secret to keep your budget working is to review and adjust it regularly.